The Everglades watershed has a deserved reputation for being a unique ecosystem full of rare animals and plants, some of which are found nowhere else. Consisting of 2 million acres of wetland habitat, including mangrove swamps, wet grassland, cypress swamps and a slow river characterized by saw marsh grass, the watershed covers a large proportion of southern Florida, starting from Lake Okeechobee and eventually meeting the equally rich coastal habitat of Florida Bay. 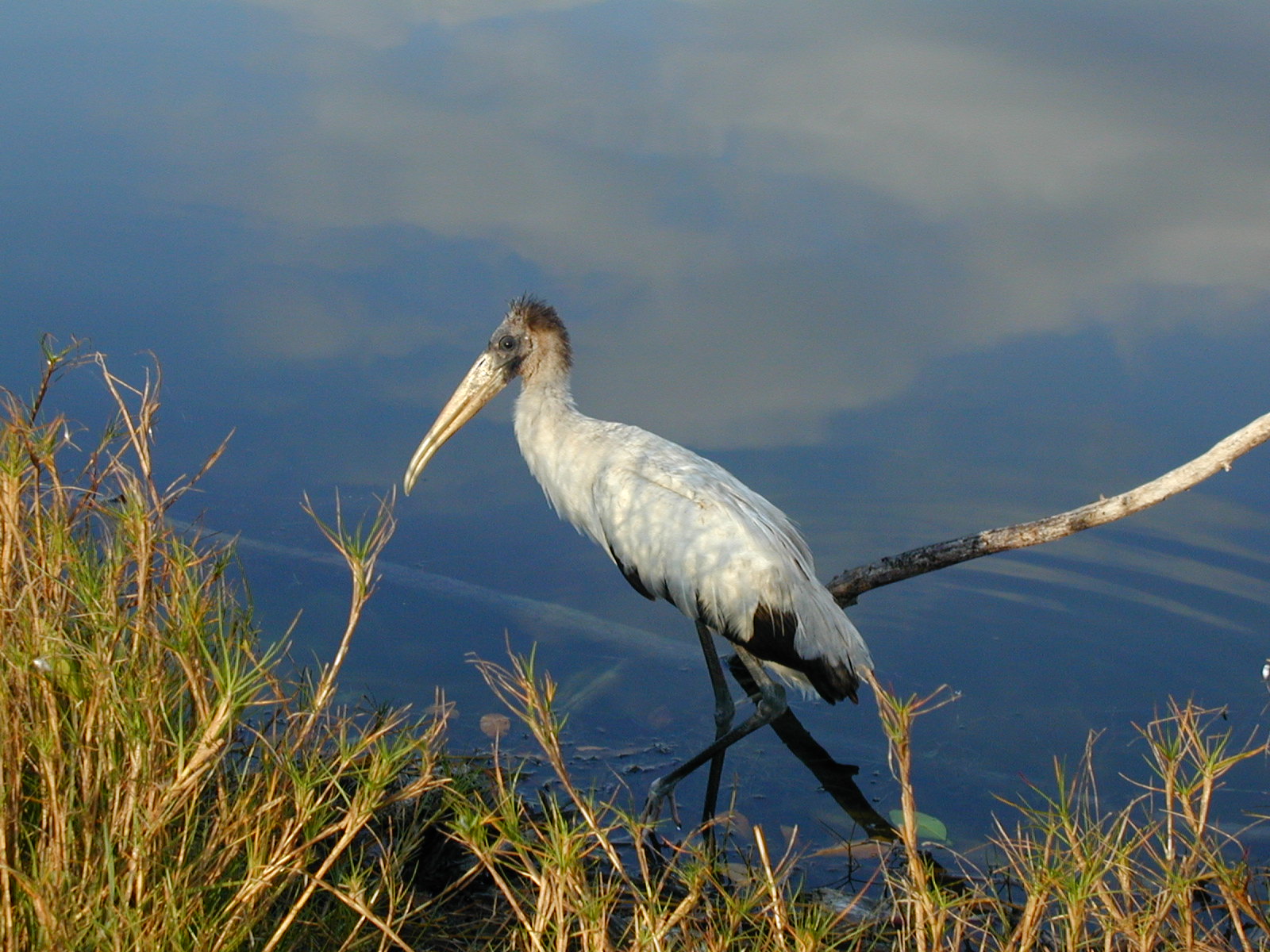 Draining the swamp to make way for development and agriculture at one time seemed like a very positive endeavour, turning what was seen as useless land into productive fields and houses. Nothing is without its costs though, and in the Everglades watershed the result has been the loss of about half the wetland habitat, along with an array of animals and plants. Much of the remaining wetland is now protected, although enterprising businesses and individuals still try and sometimes succeed in turning natural habitat into something more profitable to them. The Everglades National Park covers a great deal of the area, but not all, and habitat is still going to development.

The diversion of water from the Everglades, now usually for agricultural purposes, and in some cases to the Everglades, to prevent flooding elsewhere, upsets the ecosystem. Water diversion has probably been the single biggest ecological problem in the watershed. From the end of the 19th century, large-scale canal projects were planned and put into action, draining the wetlands and radically changing the ecosystem.

Agriculture, residences and industry around the watershed add their own contribution, which is not a particularly positive one. Wetland animals and plants tend to be highly sensitive to any sort of pollution. Toxic chemicals from agricultural pesticides, industrial activity and domestic waste can directly kill wildlife, destroy the food supply or build up in top predators to an eventually lethal extent. Nutrients from agricultural, and garden, fertilizers promote algal blooms, which in turn deplete the water of oxygen, making it an unsuitable environment for fish or aquatic invertebrates.

European settlers brought a range of exotic species with them, accidentally and on purpose. More are still arriving every year, as ornamental plants in gardens, as exotic pets, in the ballast water of ships and along with imports. Once established in a new environment, some of these animals and plants thrive, causing serious problems for the wildlife already there and the ecosystem as a whole. Among the invasive plants causing problems in the watershed are Chinese privet, Brazilian peppertree, and the Australian pine, which all take over from natural vegetation. Several reptiles and amphibians, probably descendants of exotic pets that escaped or were released by unprepared owners, have also established themselves and beneath the water, exotic fish compete for food and spawning sites.

With just these four issues alone, it takes an enormous amount of money, keep the watershed safe and clean, think of how you could fund-raise to help with just one event or even raise  money to give to a non profit, like a network of professional or an organization that raises funds like us –
Creeklife, or another would be the  IPM Advancement is a leading non profit fundraising company — Posted by Mark Contorno.