Sushi and seafood represent the last wild food, and quite a popular one at that. With tons of “fish in the sea” many people overlook the idea of a failing ocean ecosystem that is largely due to human pollution. The failing ocean eco-system and over fishing has resulted in the decline and, in some cases, loss of entire populations of fish. If action is not taken, the future of sushi and other sea foods is not looking so bright.

We learn in elementary school about endangered species and the importance of protecting them from extinction. This is ingrained at a pretty early age. If a species is endangered, we must take action to prevent the demise of the entire population. One would assume the same concept would be applied to fish, but it’s not. There are tons of endangered fish species that continue to be fished and harvested. In fact, many of the fish consumed on a regular basis are endangered! Endangered fish don’t gain nearly as much attention as the Bald Eagle and Gorilla do. Unfortunately, overfishing for human consumption has resulted in the endangerment of many of your favorite species of fish. 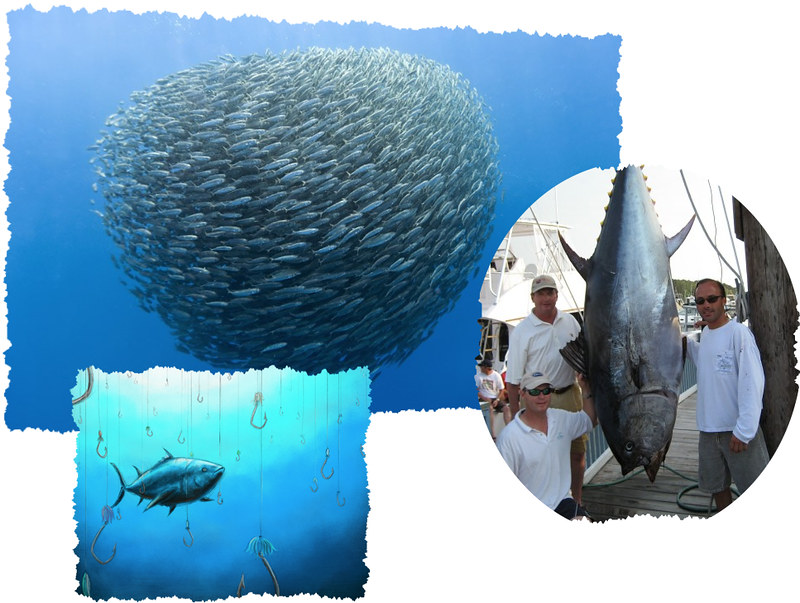 Atlantic Cod represents a population that has been overfished nearly to extinction. Fortunately populations still exist in Iceland and the Barents Sea. Cod has been a stable population for decades but overfishing has this resulted in a dramatic decline of this species.

Atlantic Salmon is another popular fish that has been largely overfished to the point that commercial fishing for this species is prohibited in the United States. The building of dams and logging have contributed to the demise of the Atlantic Salmon population in the US. Halibut is not currently listed as endangered but its ocean population is largely overfished and the species is vulnerable. Haddock, another popular seafood delicacy is also threatened with endangerment due to over fishing. There is most definitely an over fishing trend here.

Blue Fin Tuna , a popular ingredient in sushi, is currently on the verge of extinction and is critically endangered in the West Atlantic. This tasty tuna, along with all other tuna species, continues to be fished at full capacity, further contributing to the decline of the population. Yet, we continue to eat it despite the threat to the population. 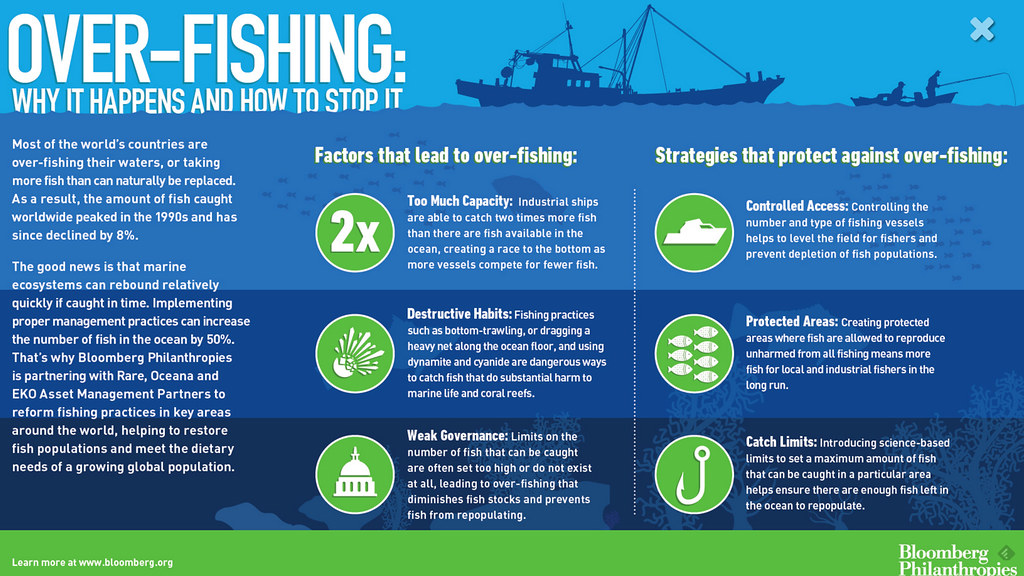 A study published in 2006 warned that if human action was not taken, the disappearance of seafood entirely could happen by the year 2048! This study further emphasized the loss of ocean biodiversity; highlighting the fact that 29% of fish species consumed by humans had crashed. Not only is over fishing devastating our favorite species of fish, our continued destruction of the planet is wreaking havoc on the Oceans. Ocean pollution, diminished water quality, algal blooms and dead zones are contributing to the loss of fish populations.

Ecosystems are another concept learned in elementary school. We learn the process of the food chain and that all of the species in the ecosystem support the successful function of the entity. When one species of fish are wiped out, the entire ecosystem suffers. Ecosystems with struggling fish populations are more fragile and vulnerable.

Diversity has always been associated with the ocean. Remember the phrase, “all the fish in the sea”? Unfortunately, as populations become threatened or extinct, the diversification of our oceans is at risk.
Fortunately there is work being done to help conserve the diversity of the Oceans. Incentives to fisherman to prevent overfishing, as well as more stringent fishing regulations offer two methods of helping to sustain the ocean’s biodiversity.

What Can You Do?

Stop eating endangered species of fish. Avoid Cod, Halibut, Blue-Finned Tuna and Atlantic Salmon. Educate yourself about other endangered species to avoid. Purchasing these species of fish only further supports the continued over fishing of them. If you want to preserve these populations, stop consuming them at rapid rates. Talk to your friends about how their favorite sushi roll is actually detrimental to the population of Blue-Fin Tuna. Unfortunately, the vast majority of people have no idea about the detrimental condition of our seafood population. Educate them! If you still want to have seafood and sushi available in the future, join the movement of protecting the endangered fish.