Topics:
Environmental Health and Ways to help the environment

Let’s face it: many of us find meat delicious. Fragrant barbecues in the summertime with ribs and burgers on the grill. The smell of bacon in the air before Sunday brunch. Chicken hot wings during halftime while watching a great football game with friends… Meaty meals conjure up some delicious memories, at least for most of us. 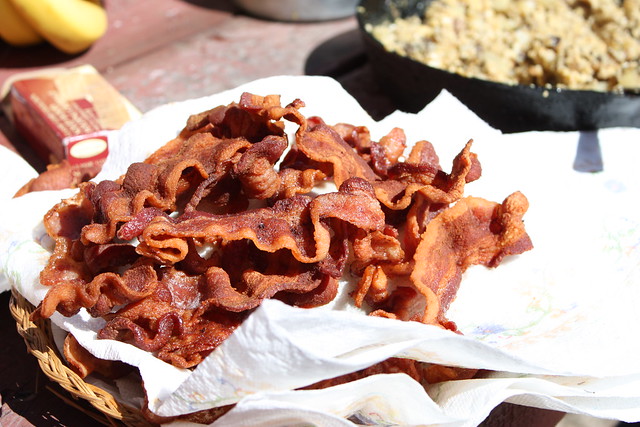 Most people realize the ethical problems with mass production of meat, but they don’t realize that it could be harmful to the environment too! Here are some statistics that may help you decide to become at least a sometimes-vegetarian too!

According to the folks at GlobalAgriculture.org (a resource put together by more than 400 scientists on behalf of the United Nations and World Bank):

“The livestock sector has an enormous impact on the environment. It accounts for 18% of global greenhouse gas emissions and 9% of all anthropogenic CO2 emissions. Worldwide, it is responsible for around 8% of human water use , mostly for the irrigation of feed crops.

“26% of all land worldwide is used for grazing. The total agricultural land dedicated to feed crop production amounts to 33%. 70% of agricultural land and 30% of the global land area are used for livestock production. In the US, animal husbandry accounts for 55% of all soil erosion and sedimentation, 37% of pesticide use, 50% of antibiotic use and one third of freshwater pollution with nitrogen and phosphorus (Global, p. 518).”

And according to the folks at WaterFootprint.org :

Photo via The Atlantic.

All in all, it sounds to me like eating meat is costing us more than money at the grocery store. Some extremists will go as far as to say that eating meat is contributing to the global water crisis, and to world hunger. Some might even argue that instead of feeding people with the excessive amounts of grain grown each year, we are feeding cows, and they don’t feed as many people as the grain would!
After all, “Nearly 60% of the world’s agricultural land is used for beef production, yet beef accounts for less than 2% of the calories that are consumed throughout the world.”

Another Cost of Eating Meat

Eating mass produced meat also comes at the cost of packaging waste: plastic [https://creeklife.com/blog/six-reasons-why-plastic-is-bad-for-the-environment ] wraps and Styrofoam containers are both non-biodegradable, and they end up in landfills, creeks, rivers, and oceans. They don’t break down, they become toxin sponges, and they make our planet look ugly!

This is not to say that everyone should become a vegetarian, or a vegan. Some people cannot give up meat completely because of medical, dietary issues. Others might love bacon or hamburgers too much to let them go completely. However, cutting down even just a little bit can help reduce your personal impact on the environment.

Make a habit of eating less meat: cut it out for one meal a day, one day a week, or one meal a week – whatever you can manage. Maybe you’ll decide that you can be a weekday vegetarian, and only eat meat on the weekends. I like this idea, because most social outings happen on the weekends and this way, you can save the environment without having to make it difficult on your social life. 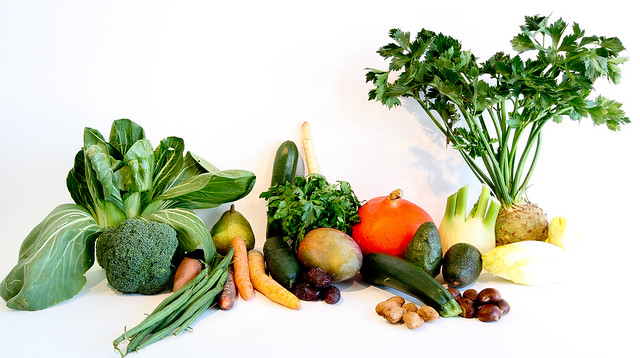 Being a sometimes-vegetarian alleviates stress on the environment, and can save money for you and your family in the long run, as well as improve your health.

That’s Not All You Can Do

In addition to eating less meat, you can choose to buy meat from organic pastures or local farms, instead of the large meat factories. That will translate into supporting a more sustainable model for livestock raising. It might seem costlier to purchase “sustainable” meat, but when you consider the overall cost to our planet, I think the trade off is worth it!

Saving the environment doesn’t have to mean a great deal of sacrifice, just a little bit of smart planning. If you can make simple, earth-friendly changes around your home , then you can also make small changes in your diet that will do you, and our environment, a lot of good.