Dredging will always be a serious concern in the Great Lakes

As an important transport route for tons of cargo goods annually, the Cuyahoga river serves as a critical channel economically in the Cleveland area. However, as sources of sediment are pushed down the river by the current, stretches of the Cuyahoga become a difficult, tight-fitting journey for the cargo ships passing through. The US Army Corps of Engineers, an organization whose mission in part seeks to “deliver vital public and military engineering services,” has recently begun focusing efforts on finding a more efficient method of relocating the 225,000 cubic yards of sediment that requires dredging. 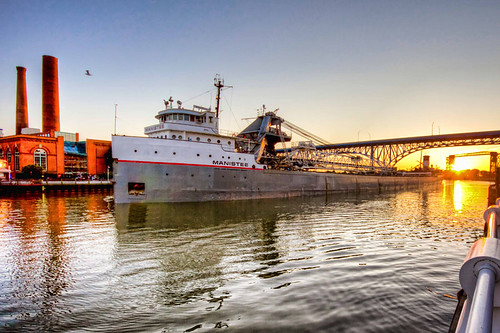 Cleveland in HDR
By Brent M. Durken
While past solutions for the sediment problem have centered around moving sediment to specified disposal facilities, the Army Corps now believes that the pollution levels of the Cuyahoga have reached an acceptable level to begin open-lake placement disposal in Lake Erie. Army Corps officials have stated that pollution levels have meet acceptable testing limits and believe that while 20 percent of the sediment is still too toxic to release into Lake Erie, the other 80 percent of the sediment material is of suitable quality for dumping.

However, environmental groups and area locals maintain a high level of criticism for the proposed process. The Ohio Environmental Protection Agency (OEPA) in particular has cited that levels of toxic chemicals and pesticides in the untreated sediment, such as polychlorinated biphenyls (PCB) and dichlorodiphenyltrichloroethane (DDT), are still at an unacceptable level for dumping in the lake, a location with high tourist activity and a major water source for the area. As of April 2014, the OEPA has set clear guidelines regarding the rules for river dredging entering Lake Erie and currently refuses to allow completion of the dumping process. 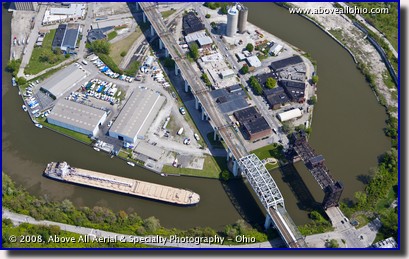 Go All above the state of Ohio
However, state lawmakers have recently approved a $10 million budget to begin research for an alternative use for the sediment, such as in wetland creation, farm field enrichment, or compost mixture. Dredging remains a serious concern throughout the Great Lakes area, and this is especially true in Ohio, the state most severely impacted by sediment deposition.