Plastic bags are everywhere. They are in stores, homes and unfortunately also the natural environment. In the United States alone there are billions of plastic bags used each year. They are disposed of in landfills as well as in the open ocean. Since plastic bags have such a slow rate of decomposition, they will be in the world for an unknown number of years. 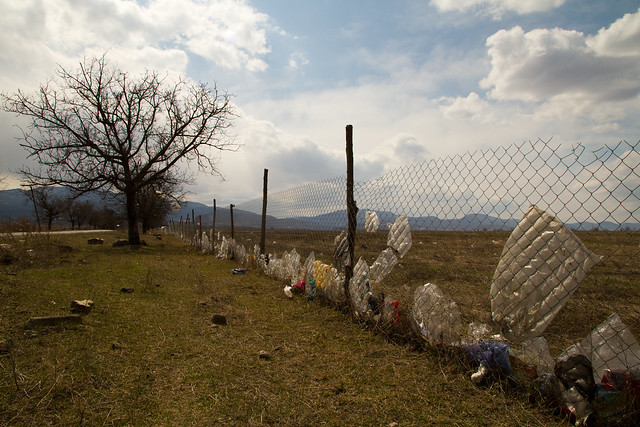 When Duncan Harvey posted the above photo, he said, “One sees a lot of discarded plastic bags everywhere in Georgia and sometimes groups of trees or bushes seem to collect them, snagging them in their branches, but this area amazed me; the prevailing wind seemed to corral the bags into one specific area and this fence acted like a net catching them. This stretched on for as far as the eye could see in either direction, a provocative example of man’s recklessness in the pursuit of making life that little bit easier.”

According to an article in National Geographic, “The success of the plastic bag has meant a dramatic increase in the amount of sacks found floating in the oceans where they choke, strangle, and starve wildlife and raft alien species around the world, according to David Barnes, a marine scientist with the British Antarctic Survey in Cambridge, England.”

There are several cities in the United States that have enacted legislation to impose a fee on the use of plastic bags. Cities as large as New York City and Los Angeles have plastic bag fees. Smaller cities have also found that these fees are a great source of revenue. The city of Aspen, CO recently collected over $44,000 in fees. Municipalities are using collected plastic bag fees for everything from funding programs that reduce local waste to lessening the impact of plastic bags on a city’s drainage system and more. 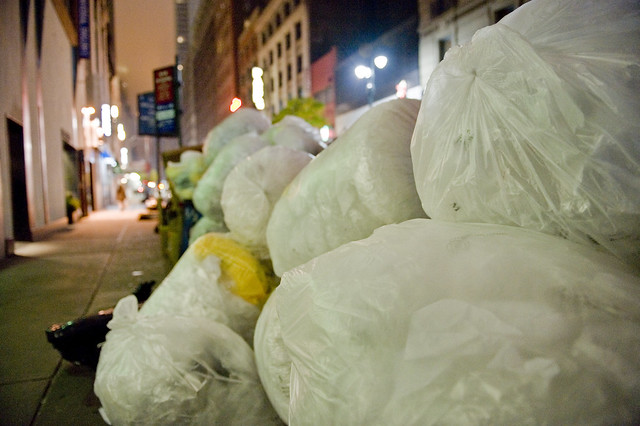 Scott Kivowitz posted the above photo in 2008 and wrote, “Walking around NYC, searching for plastic bags (which I know is not hard to find in NYC) but somehow I managed to find a huge pile of plastic bags with PLASTIC BAGS inside. How ironic[.]”

When plastics begin the decomposition process, they will not biodegrade like other materials. Their chemical composition is such that they photodegrade. This refers to how the plastic eventually breaks down into smaller fragments. These fragments easily absorb toxins. They can contaminate soil, streams, creeks and any wild creature that consumes it.

Switching to paper bags is not an answer to the problem. A study was conducted on the life cycle of paper bags. It illustrated how paper bags need more material for their creation during their manufacturing process. This means paper bags require more consumption of raw materials. It also translates into paper bags requiring more energy to be produced.

Recycling plastic bags is a noble undertaking but it just doesn’t work on the scale that it is needed to make a difference. Latest estimates show that less than 4 percent of plastic bags manufactured in the United States ever end up being recycled. 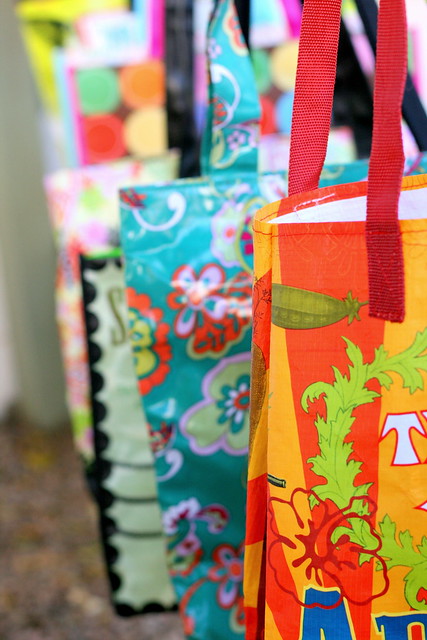 One of the most effective solutions is for people to have reusable bags handy whenever they go shopping. A single reusable bag in the hands of thousands can translate into eliminating the use of plastic bags by millions on a daily basis. This will require a change in cultural attitudes toward bags people use when they going shopping.

Would you like to know more about how plastic bags and the environment aren’t compatible? How removing waste products from creeks can help preserve the environment well into the future? You can read more here and/or browse actions.