If you caught my reference to the Genie from Disney’s Alladin, then you rock. In more serious terms, we are actually talking about something important to our ecosystems today, and that is that a little creature, sometimes no bigger than a penny, can have a profound impact on our environment.

Craspedacusta sowerbyi is native to China, and was first noticed outside its range in the UK in 1880, due to its accidental import on water lilies. The jellyfish is assumed to travel by ornamental aquatic plants and possibly even water fowl. It has been steadily spreading ever since. The species has been detected in 44 states, including Ohio, and is on every continent except Antarctica. The unobtrusive creature is transparent and never gets any bigger than an inch in diameter as an adult. In its earlier stages of life, as a larvae, polyp or podocyst, they are even more easily missed. 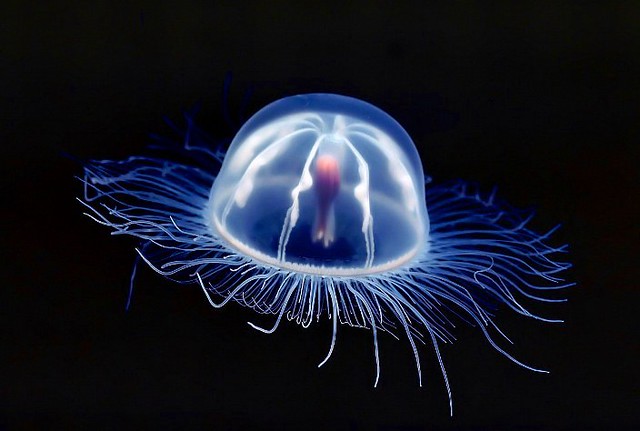 Some of you may wonder, how can such an inconspicuous little creature affect our environment? To be honest, the precise impact of such a creature has not been fully studied. We can say a few things about it’s affect on the environment, though.

Larvae metamorphose into polyps, a tiny, stinging stage, which can reproduce by budding. Sometimes the polyps metamorphose further, into the medusa form, which is the more familiar, jellyfish stage. At that point they sometimes, although not always, reproduce sexually. Polyps can also become podocysts, a resting stage resistant to drying out and extremes of temperature.

This means that these little guys can reproduce and survive in some pretty tough situations; they are survivors! In an environment where there are natural predators and situations to help control their populations, this is a good thing. But these guys are mostly unchecked in our ecosystems in North America. So far it looks like crayfish, and a few opportunistic fish, are their only predators here.

We know that the Craspedacusta sowerbyi experiences occasional population booms, probably due to an increased zooplankton population, which is their primary food source. These booms are when the creatures are most noticeable.

Populations of zooplankton are difficult to monitor, and the effect of freshwater jellyfish on their prey and competing predators is not fully understood. The jellyfish must have some effect; especially during the periodic blooms when they consume huge numbers of zooplankton. This predation is likely to affect the composition of the food web, reducing the numbers of some species, and allowing others to thrive. 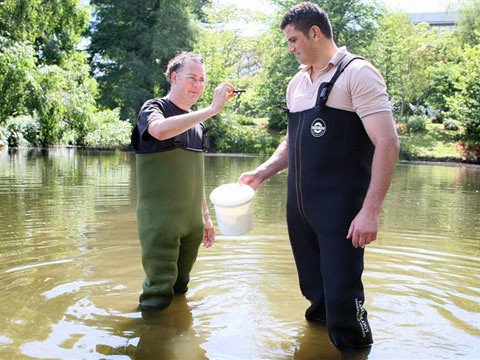 Because zooplankton eat phytoplankton – algae – the jellyfish might be an indirect contributor to algal blooms, which in turn reduce oxygen levels in the water, which in turn can cause huge fish die-offs. Jellyfish may also significantly reduce the amount of food available to native species. Laboratory experiments have shown that the species does consume a significant amount of zooplankton, which means it will almost inevitably have some effect on the ecosystems it colonizes. The seriousness of this effect remains to be seen.

Let us get to know the freshwater jellyfish a little better and create an action on Creeklife.com to support research for this potential hazard! What do you say?