We all know that most of the earths surface is covered in water – 70%. Of that 97% is salt water, 2% is glacial water at the poles, and 1% is accessible, fresh water that we can use? That one percent is at risk every day.

Our modern world, with all of it’s electronic devices, requires a LOT of power to keep it going. Some very hard working individuals are doing their best to make sure that we always have enough, Some may say that we all need to consider the costs of running such a hyper-connected world. It may be costing us our clean drinking water after all of the 1% of accessible fresh water, how much goes towards drinking water? 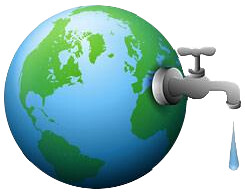 According to the Environmental Protection Agency , we use 40% of the energy we consume to create more energy. All forms of generating electricity impact the environment in some way, even the “cleaner” energy sources. In the U.S., the majority of our electricity is still generated by coal, with natural gas in second place. Most oil and gas producers believe that is about to change.

With the Marcellus Shale gas boom in Pennsylvania, and the smaller-but-still-substantial booms in North Dakota, Texas, Oklahoma, and other states, natural gas is poised to dominate the market in energy production. 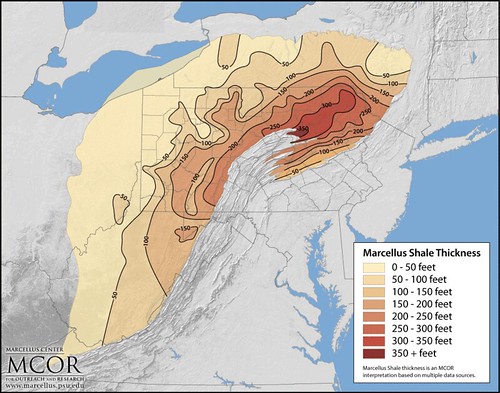 The Marcellus Shale formation is huge. It covers six northeastern United States, and is one of the largest formations in North America. The sunny state of Pennsylvania is at the heart of this formation, and the natural gas boom. The local economy shows positive trends as with any boom, but will these boom towns become ghost towns when the ecological hazards of drilling and fracking wreak havoc on them?

In an article by Laura Legere for the Pittsburgh Post-Gazette, she says, “Oil and gas operations have damaged Pennsylvania water supplies 209 times since the end of 2007, according to official determinations compiled by the Department of Environmental Protection that the agency is preparing to release for the first time” (July 22, 2014) 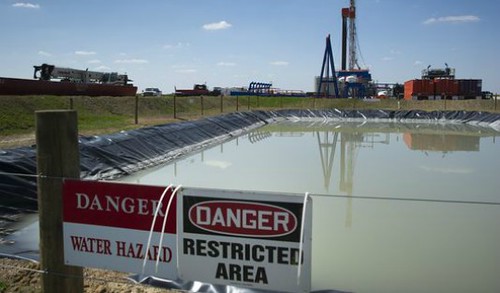 Residents and their animals have suffered from the effects of polluted drinking water on numerous occasions, but it is difficult to say how many and how traumatically these folks are being affected due to gag orders issued by the production companies in exchange for paying for health care. Streams have been disrupted, water supplies have been reduced. This industry is having a lot of negative effects on the environment, some of which we haven’t discovered yet. The health and environmental concerns are growing as exponentially as the booming industry is.

What Landowners and Residents In PA Have To Say:

Some folks are against the industry, seeing them as greedy and malicious. Others see the financial opportunities as a good thing, and that the financial compensation coming from the producers more than makes up for the inconvenience and issues they cause. Others are taking advantage of the oil and gas producers because they see no hope of stopping the industry, so they might as well benefit from it somehow.

Check out these letters from this article by the Huffington Post from January 2013.

What Oil and Gas Producers Have To Say: 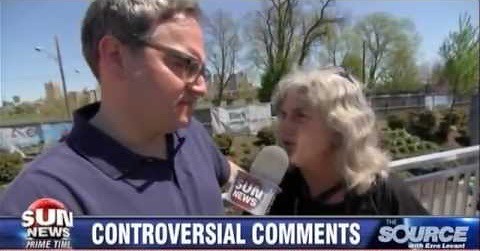 They say that a few steams and surface water sources are a small price to pay for creating jobs, and generating billions of dollars of economic growth during an economic recession. Growth can’t be bad, right? And often, the oil and gas producers pay out millions of dollars to restore the environments after they are finished in an area.

According to this article, The growth of the industry has been, and will continue to be exponential. Here is a great resource to give you a visual of everything involved with hydrofracking.

The problem with exponential growth of industry, is that regulatory agencies tend not to grow as quickly, and this results in a lot of oversight.

Pennsylvania State Auditor General, Eugene DePasquale recently completed his audit of Pennsylvania’s Department of Environmental Protection (DEP). The audit , which can be found online here, found that there has been some mismanagement of the public drinking water resources, due to the fact that the DEP is underfunded and understaffed.

The DEP has taken steps to correct the problems, and the general assembly has been petitioned for some changes as well, but will the change be too little, too late?

And this only addresses the health and environmental concerns associated with shale gas fracking in Pennsylvania. There are other places dealing with similar environmental issues, and we haven’t even started talking about the problems associated with other energy producing processes! What will happen to that 1% of usable water? If we keep treating it like this, we won’t have any usable water left to us, and we will have to expend lot of money trying to turn the oceans into viable drinking water sources.

What can I do?

We all have a responsibility to do something. If you are concerned about protecting the environment, including your source for drinking water, then I suggest you take a look at this page from the EPA.