Every time you turn around there is another invasive species attacking

Rusty crayfish (Orconectes rusticus) are not that exotic an invasive species. In fact, they are native to the Ohio river basin. However, they have spread well beyond their original range, causing similar problems to that of other invasive species. They compete with the crayfish indigenous to other regions, destroy aquatic plants and may reduce populations of fish and invertebrates. 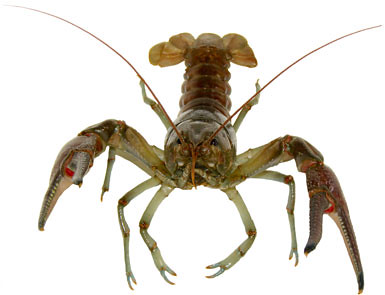 The Rusty crayfish are native to a handful of states, including Ohio, Kentucky and Indiana. However, they have now expanded their range far beyond their original habitat, currently thriving in at least 10 more states and Canada. The range is also expanding within states. For example, in Ohio, rusty crayfish have spread to bodies of water in the north. The process appears to be ongoing and anglers are asked to take care with what they move from one stretch of river to another.

Accidental releases when rusty crayfish are used as bait and deliberate releases from people who acquired them as pets or for classroom use appear to be the primary reasons for the spread.

Rusty crayfish are omnivores, eating a wide variety of animal and plant material. Because of this they directly impact both aquatic vegetation and aquatic animals, eating their way through large quantities of both. Their impact on aquatic vegetation is relatively well documented and they appear to have a significant effect on how many and what types of aquatic plant are found in an area. This in turn affects animals further up the food chain and may contribute to erosion. The size, aggression and large appetites of rusty crayfish make them a threat to native species, as they compete successfully for food and shelter. They may reduce fish and invertebrate populations by eating their eggs, larvae or adult forms. Less seriously, rusty crayfish also annoy swimmers because they are capable of painful nips.

Rusty crayfish have spread through human activity. Individuals can help slow the spread 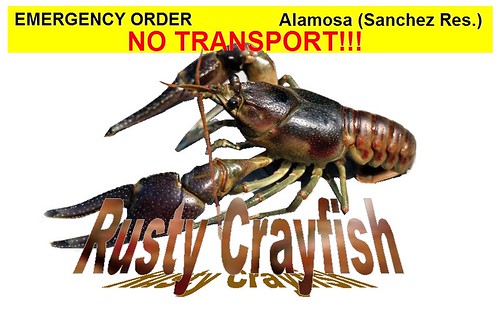 if they take care not to release rusty crayfish in areas where they are not a native species. If you come across rusty crayfish in a new area, report the finding to the Ohio Department of Natural Resources. On a larger scale, the reintroduction of carnivorous fish such as the sunfish may help to mitigate the problem and keep rusty crayfish numbers under control, as could large-scale harvests for food.