Removing the concentrate from gold sluice. Photo by John Louis.

Ever since the California Gold Rush began in 1848, American opportunists have been passionately pursuing shiny metal in rivers and streams across the country. Idaho’s Salmon River remains a particularly active area. Some miners treat the pursuit as a hobby, using light equipment to scrape the stream bed for minerals. High-volume mining requires a powerful suction dredge to extract gold from the silt and gravel riverbeds. Whether the mining is recreational or commercial, there are rules regarding the size and type of equipment used in the extraction process. Commercial mining operations have claimed the areas best known for gold production. However, both operations cause stream bed disruption below the mean high water mark, resulting in heavy sediment in the water. As salmon and other fish–white sturgeon, bull trout, steelhead–make their way through the waterway, they are harmed by the sediment stirred up during the mining process. 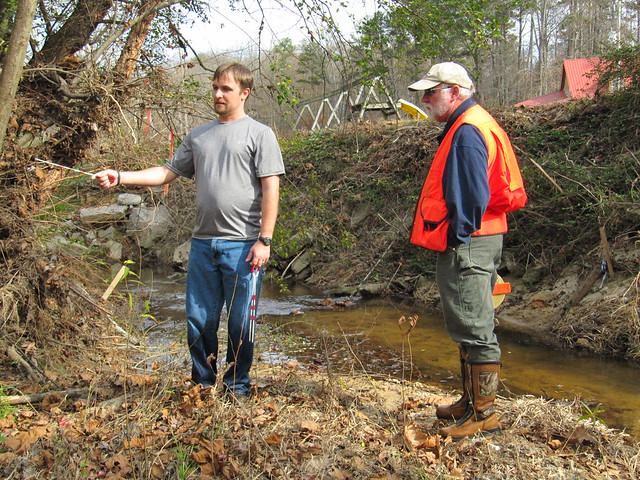 For several years the EPA has been reviewing the Clean Water Act in an effort to consolidate regulations, including those that address suction dredge mining. While some areas that have river dredging rules have closed to mining operations, the EPA has designed a new permit for miners operating in permitted areas in the state of Idaho. The new permit, authorized under the National Pollutant Discharge Elimination System, requires them to maintain at least 800 feet between dredges, and limits them to 8 cubic yards of material and 4 hours of operation a day in some areas, such as Grimes Creek and Mores Creek. Other requirements include mandatory decontamination of equipment prior to coming to, or returning to Idaho after mining out of state, or prior to moving to another watershed in state so as to prevent the introduction of new bacteria that may harm the streams and species therein.

Operating without a permit or violating the conditions of the permit is also a misdemeanor in the state of Idaho, according to the Idaho Department of Water Resources. It almost goes without saying that this new permit regulation has created a negative stir amongst those in the gold mining industry. Some say that by the time they reach their destination and set up the gear, their 4-hour time frame is drastically limited. The limitations also reduce the number of recreational prospectors. In February of 2014, gold miners in Idaho asked the State to stop the new EPA permit; however, to date no action has been taken. But just as the miners of precious metals may not endorse the EPA’s efforts to protect Idaho’s streams, those who fish Idaho’s rivers and streams may cast a gold star upon the EPA for their aid and support toward the environmental preservation and repopulation of freshwater fish.