The American legal system is rooted in English law, which is in turn rooted in the ancient and complex feudal system. We might think our modern ways of organizing citizenship and government have little in common with the old system of lords, vassals, and serfs, but in fact we share a common thread. Both systems recognize land as a valuable resource, and set up a series of rules for distributing, maintaining, and using that land. 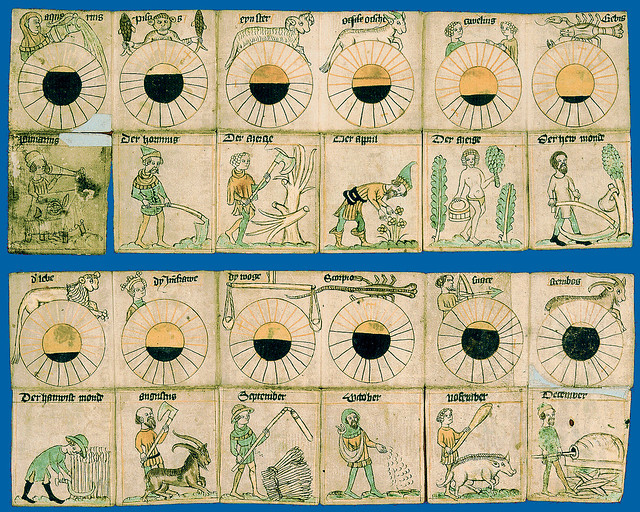 A pocket calendar for farmers from ~1400 CE, via petrus.agricola (Flickr).

One concept that has survived from the Middle Ages until today is that of private property. Respect for private property is reflected in American law as much as it is encoded in American culture. The “no trespassing” sign doesn’t just apply to mischief makers getting into a farmer’s field–it also applies to the government, which may only restrict a citizen’s use of their property to a certain extent. 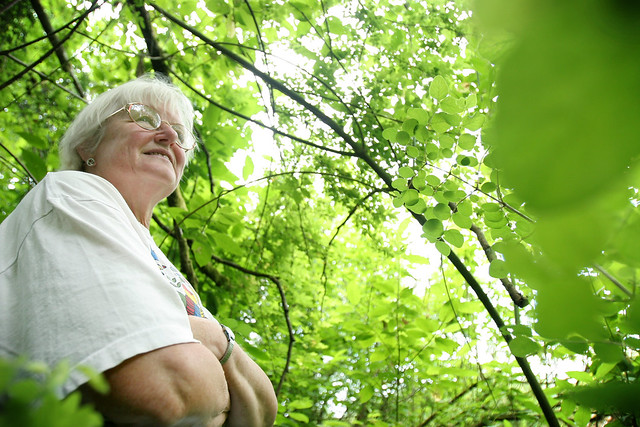 One such compromise is the use of land trusts and water trusts. A trust is a legal structure that preserves property for future use. You may be familiar with trusts as a way of managing money; while the beneficiary of the trust may have millions of dollars in the trust account, they have agreed to only access it a little at a time through the trustees. A land trust or a water trust works a little differently, but the core concept is the same. A landowner comes to a private agreement with the land trust that voluntarily limits the use of their land. The land trust is then free to manage the land in the best way possible for environmental protection.

One example of a successful land trust is the Western Reserve Land Conservancy, an organization in northern Ohio that works primarily through conservation easements. They have preserved nearly 40,000 acres in their region on 500 properties; someday, they hope to preserve a pathway of interconnected habitat that has been preserved for the future. This may include the natural spaces of the Holden Arboretum, a research organization which owns over 3,600 acres of preserved forest, wetland, and meadows. These examples in Ohio show some of the great things a land trust can accomplish for the environment. 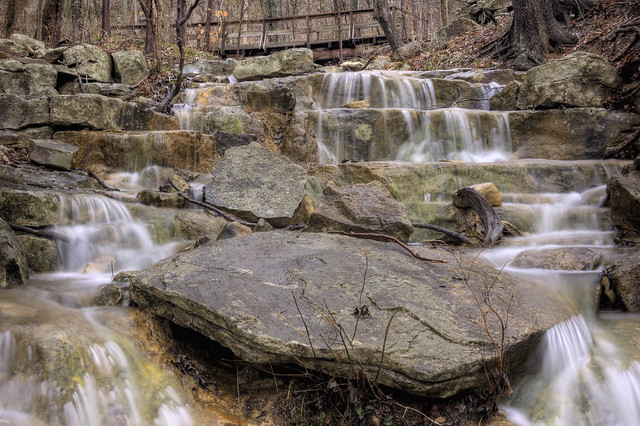 A waterfall in the Huntsville Land Trust; photo by Chris Hardin.

Although land trusts have already worked to protect the environment in the Ohio River Basin, the Rocky Mountains, and the Great Plains (among other regions), there are some difficulties in getting a land trust started. Land is expensive, especially in regions with beautiful landscapes and valuable resources. In addition, negotiating conservation easements and land sales can require the trust to retain attorneys and pay numerous legal fees. While it is easy to find people who want to protect the environment, finding money can be a challenge.

Crowdfunding is an important way to meet this challenge. We all wish we had the time and resources to host a glamorous gala where the rich and famous donate some of their millions to a worthy cause, but it’s usually much more practical to get our friends, families, and communities involved on a grassroots level. By connecting community awareness with an easy-to-use donation site like Creeklife, you can help a local land trust protect more land or even help get your own land trust going. Stay tuned for some ideas on how to get your community involved in crowdfunding and other suggestions on how to protect the environment.