Topics:Importance of watersheds and algal blooms

We are standing toe-to-toe with a choice that will change the world forever: change the way we are treating the planet, or accept the consequences. In our world today, we hear about deadly mudslides, harmful algal blooms (HAB) in Lake Erie, the growing dead zone in the Gulf a Mexico, loss of crops from drought, colony collapse disorder in honey bees… The list goes on.

How do we fix all this?

As Geoff Lawton put has said: “You can solve all the world’s problems in a garden.” -Geoff Lawton, Permaculture Designer, Teacher and Managing Director of Permaculture Research Institute (PRI) Australia. 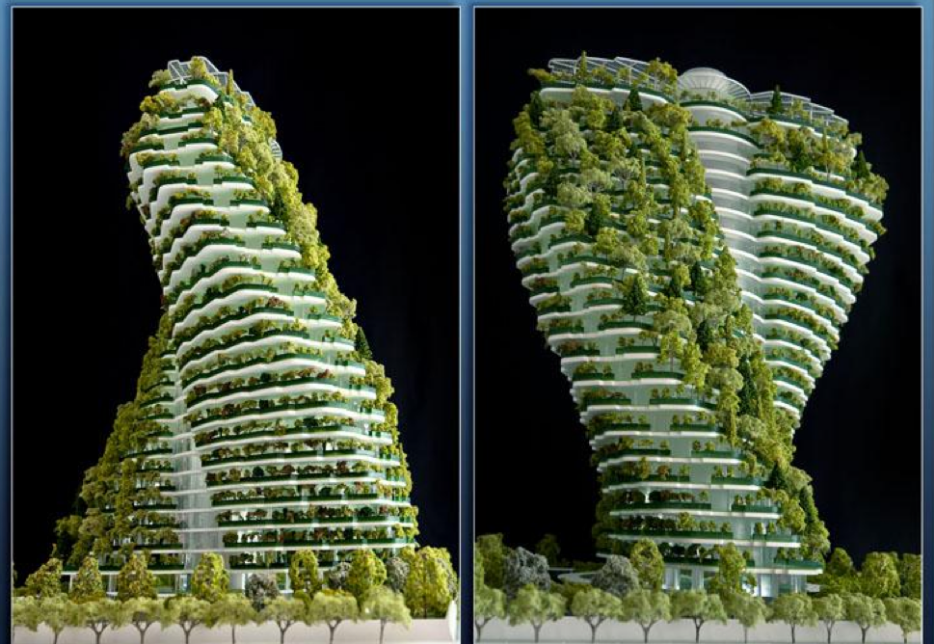 The new farm of the furure…?

TWEET. That doesn’t necessarily mean downsizing, it means changing. Instead of large-scale mono-cultures, introduce a variety of co-dependent plants to help support your main crops. Instead of strip grazing cattle, practice better land management. Instead of burning or removing plant material from a field, leave it there as mulch for water retention and to reduce soil erosion.

A Need for Change in Agricultural Practices

You may say, “If it ain’t broke, don’t fix it,” but the ecosystem is broken, and modern agriculture needs fixing.

There have been some very clear signs in recent years of a need to change. Most recently are the harmful algal blooms (HAB) in freshwater lakes around the U.S. including Lake Erie. On August 2nd and 3rd, 2014, more than 400,000 people were cautioned not to drink, cook, or bathe their children in their tap water because there was an HAB positioned over their city’s water intake.

The occurrence of blooms across the nation are increasing as a result of a handful of issues, including invasive species of plants and animals, poorly performing or non-existent sewer and septic systems, and the use of fossil fuels. However the biggest contributors to nutrient pollution are modern agricultural uses of chemical fertilizers, a lack of sufficient soil health to manage the excess.

Farmers in the US estimate a loss of one-third of their topsoil since settled agriculture began. Just so you know, it’ll take centuries to build that back up.

In 2008, a report was released by a department of the United Nations that addressed the need for global change in agricultural knowledge, science and technology. The study they performed over three years concluded that, while agriculture has made improvements in the amount of food produced, the benefits have not been shared equitably, and they are coming at an increasingly unacceptable cost. Learn more about their assessments and suggestions here.

A Glimpse of US History 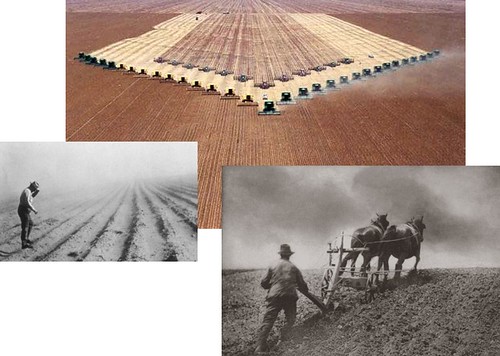 We are experiencing HAB’s all over the planet, soil erosion, loss of crops to drought and pests, and more.

If we take a look back we can get a clearer picture of what is happening today. Parallels are indicated in parentheses.

☀Early immigration into the United States from the Old Country brought farmers to a “land of milk and honey.” They brought with them their old ways of tilling, and applied them to new crops that would grow well here. Unfortunately, they didn’t really understand what they were doing. (Farmers have been growing crops in monoculutures and by using chemicals for decades, and still do so inspite of the changing climate, the death of their soil, and more)

☀In 1929, a man by the name of Joseph Russell Smith published a book called, “Tree Crops: A Permanent Agriculture.” This geography professor was horrified at the destruction that he saw coming at the hand of “new world” agriculture.

☀He saw the soil literally dying as mainstream farmers tilled their land, and grew row crops that left their precious soil exposed. He devised a system of permanent agriculture that would stop tilling altogether, but farmers of the day scoffed at his idea. He said they were short-sighted and only focused on serving their immediate needs.

☀(In 1978, two Australians Bill Mollison and David Holmgren designed a system and called it Permaculture. They recognized an important link between permanent, sustainable agricultural practices and sustainable societies and fused the two concepts together. Permaculture is not a system of beliefs or a religious practice, it is a design science.)

☀On April 27, 1935 Congress passed Public Law 74-46, which stated that “the wastage of soil and moisture resources on farm, grazing, and forest lands… is a menace to the national welfare.” The Soil Conservation Service (SCS), now the National Resources Conservation Service (NRCS), was established as a permanent agency in the USDA.

☀(In 2002, the UN and World Bank, along with more than 400 scientists, and other agencies got together and consulted and assessed the need for change in agriculture. They released their report in 2008. See link above)

Changes We Can Make

I believe that all of the pollution problems, all of the hunger and obesity problems, and all of the social and economical problems that the world is facing today, can be linked to the lack of care that we show for soil.

Living soil is not just dirt. It is a complex system of organisms that work together to grow plants bigger, better, faster, and stronger.

Here are three ways that you can help build the soil, stop nutrient pollution, feed more people, experience true abundance, and save the planet! (And by the way, these things scale remarkably well from large-scale agriculture to small-scale gardening!)

1. Stop Tilling! SAVE THE SOIL! (and plant cover crops…)

Living soil consists of microorganisms that turn minerals into substances that plants can use. When you till it, you kill all those little organisms. At first, you’ll experience some really great plant growth because those organisms release nitrogen and other nutrients that plants use to grow.

Unfortunately, the loss of those little creatures takes a while to recover from, and eventually, there are no life-supporting organisms to be found. The good news is that Mother Nature knows how to fix dead soil and bring it back to life. She sends in her soldier plants, you know the ones. You call them weeds. Those weeds are doing their best to try to help the soil recover, but you keep spraying them with chemicals and killing the soil.

The result is that modern farmers have to resort to liquid fertilizers and herbicides to try to keep up with the increasing demand for more crops. THIS IS NOT A SUSTAINABLE SYSTEM!

The best way to maintain soil life and increase crop yield is to follow a no-till farming and gardening practice. This involves many different elements including planting cover crops, rotational cropping and more. Check out Dave Brandt’s farm, linked below for a great example of what no-till farming looks like!

Many large scale farms rely on intensive irrigation in order to grow their crops. In countries like Jordan, the costs of irrigation are astronomical. Even in the U.S., farmers pay ridiculous amounts of money to put in wells and irrigation systems. (I have heard of farmers having to pay upwards of $14,000 to try putting in new wells. Oft times the ventures are unsuccessful and farmers still have to pay for the drilling!) The good news: there is a better way to get water to your plants.

This will also reduce the strain on our current freshwater drinking resources!

3. Design Elements and Systems to Work Together

When you design your farm’s different elements to work together, the input needed from outside sources to sustain it are reduced to a point that would surprise you.

Just for an example, let’s take two elements, chickens and a vegetable garden, and see how they could support each other:

☀ Chickens need: food, water, a coop, and a run

☀ A vegetable garden provides: food, and a run

Now all you need is a coop with a water harvesting system to collect rainwater from the roof, connected to the vegetable garden and at least one more run (for when the vegetable garden is producing and you don’t want the chickens to eat all your plants), and you have a semi-sustainable system.

Depending on the ratio of chickens to garden space, you may not have to buy feed at all!

The only problem (and I don’t really see it as a problem) is that this kind of effort requires people to take responsibility for their farms. You’ll have to do a little more work at home, and buy a little less work from other people. I think that’s a good thing.

There are pockets of people who have already taken the initiative to change their farming and gardening practices. Some of them have done it to save money. The costs of chemical fertilizers, pesticides and herbicides are growing. Some have changed their practices because the can see how it benefits their profit margins. Others have changed because they want to be a part of an awesome movement of people who are changing the planet for the better. Whatever your motivation is, you can look to these people for inspiration.

For a great example of how to change farming in the U.S., check out David Brandt of Brandt Farms in Carroll, Ohio.

For a global example, check out Geoff Lawton of Zaytuna Farm in Australia and the Permaculture Research Institute.