Most people don’t realize this, but food production is one of society’s most environmentally destructive activities. The greenhouse gasses generated from agriculture are more than those emitted from motor vehicles, airplanes, and trains combined. A great deal of pollution results from agriculture, from sources such as pesticides and manure. These pollutants often find their way to lakes or streams. The world’s population is expanding at an exponential rate. Currently there are over seven billion people living on our planet, and the population is predicted to grow to over nine billion by the year 2050. As the world’s population increases, more food will need to be produced to keep up with current demand.

One of the reasons why food production has such a great negative impact on the environment is the fact that a great deal of food is never actually consumed. If less food were wasted, less food would be created. Supply and demand. It is estimated that up to half of all the food produced is never eaten by anyone. The reasons for this vary. In richer countries, like the United States, most food waste occurs in restaurants, stores which sell food, and people’s homes. Indeed, many families often buy groceries in bulk from a warehouse club store, only to throw them away because they are spoiled. Numerous restaurant patrons never finish their meals, meaning that bussers throw away uneaten food. Much of the food discarded by restaurants never even makes it to anyone’s plate. Grocery stores throw away a great deal of food because it spoils or expires. 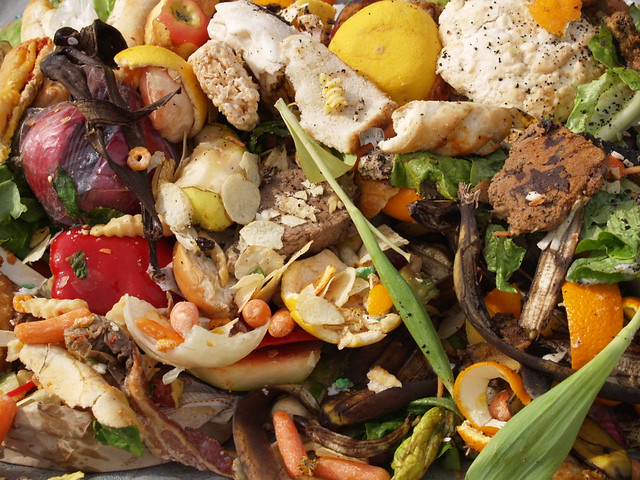 A great deal of food waste can be prevented by shopping and eating smarter. Before perishable items are purchased in bulk, people can perhaps consider how soon the items will be eaten and how long they will last. Smaller portions can be ordered at restaurants if larger meals will not be finished. Restaurants and stores can also donate unwanted food to food banks or similar charities. Many businesses do not donate food. Increasing the participation rate in food donation programs will certainly reduce food waste. It is probably impossible to completely eliminate food waste, but it can certainly be reduced greatly by making smarter choices.