How HAB’s Are Affecting More Than Just Drinking Water

Harmful Algal Blooms (HABs) are a problem being faced by all 50 states. Most recently we have been hearing about the HAB in Lake Erie that spurred an impromptu bipartisan caucus of lawmakers. All over the US there is an increasing number of lakes and fresh water bodies that are experiencing problems with HAB’s, but there are both fresh and salt water blooms and all of them are impacting our environment in a negative way.

Here’s How It Starts

Algae, also known as phytoplankton, are a normal part of an aquatic ecosystem. Phytoplanton are among the primary producer organisms in an aquatic food web. That means they are in charge of taking minerals and nutrients and turning it into more accessible forms for animals higher on the food web. 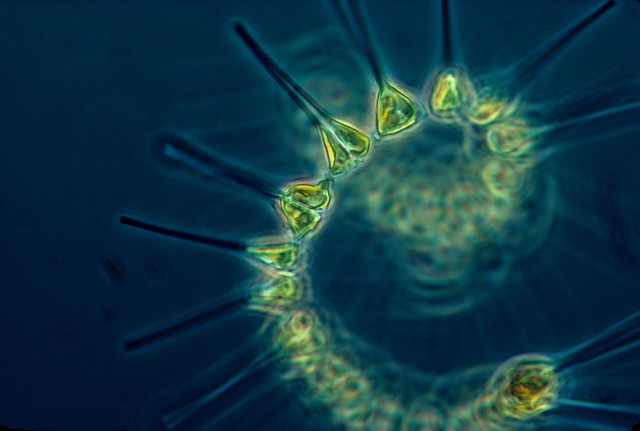 Photo by Wikipedia:Phytoplankton Under a Microscope

When there is an overabundance of nutrients, phosphorus in fresh water or nitrogen in salt water, then the phytoplankton population explodes to handle the abundance. That is called blooming. Blooms can also occur when there is an absence of phytoplankton eaters due to overfishing or the presence of invasive animals that change the food web. They “bloom” into floating clouds of microorganisms that discolor the water and sometimes float like rafts across the surface. The blooms come in many different colors ranging from lime yellow-green to a rust red-brown. It doesn’t sound so bad right?

What might at first seem like a good thing (you know, extra nutrients = population boom) is actually a very bad thing. You’ve heard that phrase, “Even too much of a good thing can be bad,” haven’t you? Well it’s true. When you want to grow a plant, you feed it, water it and give it lots of sunshine. If you pile on the fertilizer though, you can burn the plant and kill it. The same thing happens when there is an overabundance of nutrients in an aquatic ecosystem. The excess phosphorus or nitrogen, and other nutrients is called Nutrient Pollution , and it is one of the most serious water pollution issues that we face today.

Nutrient Pollution is a result of:

– Improper use, or disposal of fertilizers and animal wastes in agriculture.

– The use of fossil fuels contributes to the amount of nitrogen in both the air and water.

– Improper use, or disposal of household products that contain nitrogen and phosphorous.

Then Come The Problems

When the algae bloom, even the non-toxic kind, bacteria feed on the algae and consume all the oxygen in the water. It’s called hypoxia. Fish and other animals leave hypoxic waters, lager predators follow their prey, and plants and other stationary animals die off. This causes huge dead zones. Algae blooms also discolor the water, and they are often accompanied by a terrible smell, but the real problems arise when the algae are the toxic kind. The toxic kind of algal blooms are classified as harmful because, not only do the microorganisms create problems with oxygen in the water, they also produce invisible toxins that can seriously injure and even cause death of the ecosystem in its parts and as a whole.

The nutrient pollution from the Mississippi River basin has caused a large dead area in the gulf of Mexico. That dead zone was the second largest hypoxic area in the world. It encroaches further on fishing grounds and beaches every year, making life nearly impossible for plants and animals in the area.

What can be done to fix the Harmful Algal Blooms (HABs) issue?

The Environmental Protection Agency, The Mississippi River Program, an international agency that protects the Great Lakes Area, and other local and national agencies have been working for more than 30 years to research the problems associated with HABs. Scientists at The Marine Mammal Center are conducting research on the effects of HABs on marine mammals.

Lawmakers have laid down laws and policies to try to fix or reduce the problems, and more are being proposed. Lawmakers in Ohio are holding a caucus that began on August 15 to determine what actions need to be taken to protect citizens affected by HAB’s in Ohio. 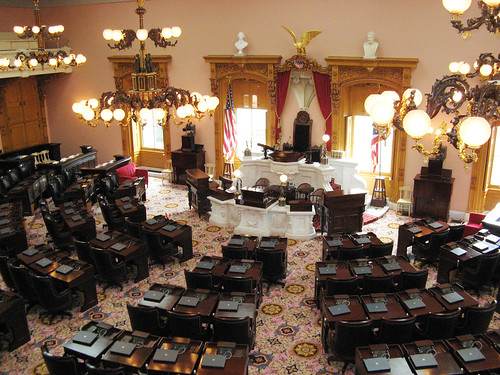 Activists have called on government agencies and citizens to do their best to reduce their influence on nutrient pollution and HAB’s. A lot is being done. But it’s not enough. In an article by Amy Wold, The Advocate on a site dedicated to hypoxia in the Gulf of Mexico, 30 years of research and baby steps have not been enough to make a significant difference. Read that article here.

Can’t we do better??