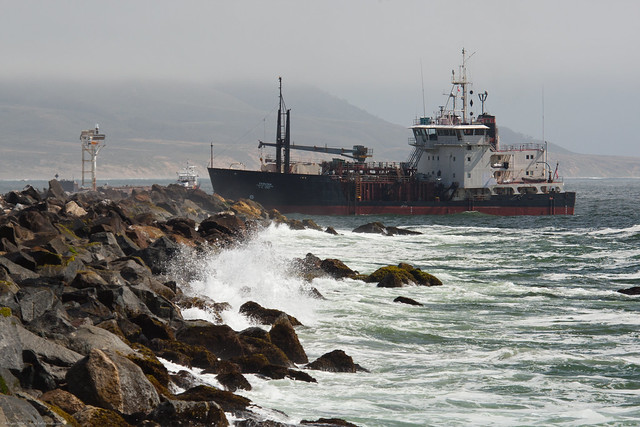 Dredging is an excavation process by which silt, sediment, and debris are removed from from the bottom of a lake, river, harbor, or other waterway. For the most part, dredging is a routine procedure, necessary because normal sedimentation clogs navigable waterways. Sedimentation occurs when sand and silt wash downstream, settling in the lowest part of the waterway. Dredging up this material is usually focused on deepening or maintaining the depth of a navigable channel, especially in commercial ports. Sometimes the excavated material is unceremoniously dumped in a larger body of water, but in many cases it can be used for land reclamation projects: for example, replenishing a beach where sand has been lost to erosion.

Dredging is also used to remove contaminants from the bottom of a waterway. The material that is removed may be dangerous to the local ecosystem, so it has to be specially treated before it can be disposed of. Contaminants end up in the sediment from oil or chemical spills, sewer overflows, or municipal and industrial discharges: point source pollution. Contaminants from surface runoff or from the atmosphere, like acid rain, are considered nonpoint source pollution. Finding a method to treat the material can be a problem, since it is a large and expensive undertaking, usually well beyond the level of local groups. 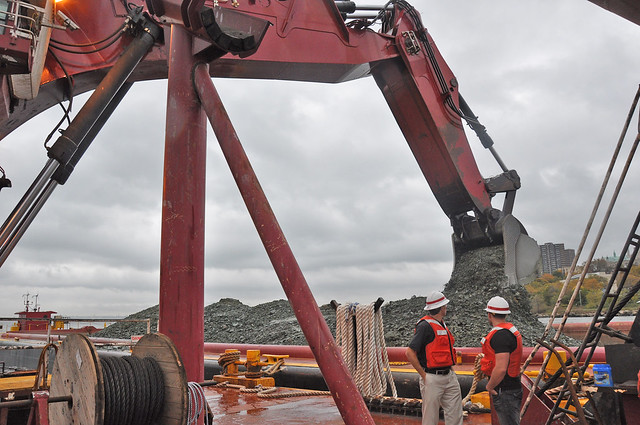 Photo via New York District US Army Corps of Engineers.

Dredges are any sort of mechanism used to remove material from the bottom of the waterway, and can be mounted on shore, on a platform, or on a boat. A dredge can be as simple as a scoop attached to the end of a pole that a person could operate manually, or as complex as a barge-mounted dredge, similar to the one being used on the Cuyahoga River. No matter how simple or how complicated, all dredges do the same thing: remove unwanted materials from the bottom of the lake, river, channel, or waterway. 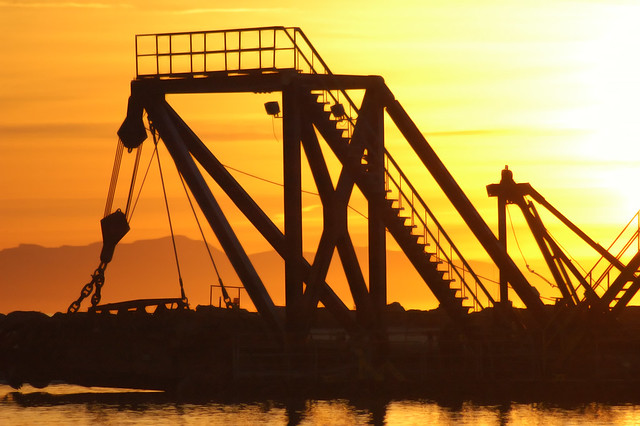