Diclofenac is principally an antibiotic drug given to commercial domestic animals. In countries where cattle farms are abundant, Diclofenac is used extensively to treat bovine diseases. For many years, the ill effects of this drug were left unstudied. However, researchers have recently unveiled Diclofenac’s impact on scavenging bird populations (e.g. vultures). A cattle fair in Rajur, India; photo by Chetan Karkhanis.

On the Indian subcontinent, domestic cows are widely used for milk production, rural commutation, and farming. Since Diclofenac is cheap compared to other options, it is commonly used to treat cattle ailments. Elements of the drug leave the cows’ bodies as waste, contaminating local watersheds. But that’s not all.

Let’s back up for a minute and talk about the importance of vulture populations. Vultures are high-level scavengers. They eat the rotting or discarded carcasses of animals, which is distasteful to human sensibilities but vital to the healthy functioning of an ecosystem. Along with insects and other small scavengers, vultures help clean up toxic necrotic material. Yusuf Mustafa writes, “Due to fewer vultures in the environment, carcasses are left to rot and the spread of disease like cholera, plague and rabies etc. is increasing every year.” 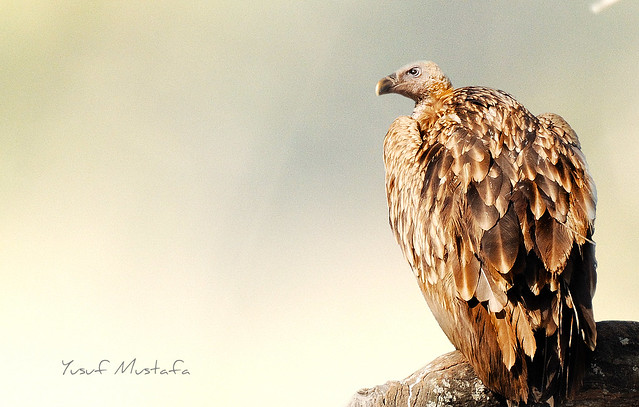 When a vulture population is dependent on the dead bodies of cattle, Diclofenac becomes actively destructive. A vulture consumes the drug and it penetrates the kidneys, eventually destroying the renal system and thus killing the bird. Nearly 98% of the vulture population in Kolkata is at risk due to extreme use of Diclofenac. In the dumping grounds where vultures search for food, Diclofenac contamination is high. (From a study by the Department of Zoology, Presidency College, Kolkata in a joint venture with the Ministry of Environment and Forests, Government of India and the West Bengal Pollution Control Board.) 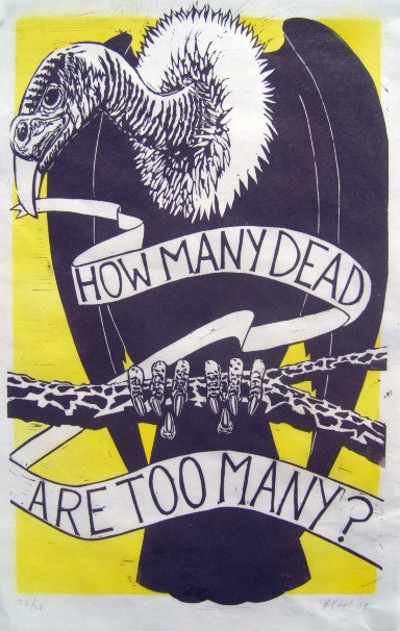 How Many Dead by Roger Peet.

This issue is of serious concern on the Indian subcontinent, which is rich in biodiversity and ideally should stay that way. Local governments have expressed their worries and are trying to slash use of Diclofenac. Unfortunately, in poor rural regions that can’t afford the alternatives, Diclofenac is still used extensively. This practice is causing permanent damage to the ecosystem.