Did you know that the great lakes counts for 21 percent of the total surface fresh water throughout the world? Have you ever considered the importance played by Lake Erie in these fresh water lakes in the United States?

So it’s unfortunate to see that these lakes, especially Lake Erie since being in the news for the Harmful algea blooms, have been experiencing a very fast aging process which on the one side is as a result of human activities. Of specific interest is that the process which is normally referred to as eutrophication has been the biggest culprit but not on its own though. The human population and agricultural uses have contributed to these effects with the elevation of nutrients stacking and phosphorus is the main component. 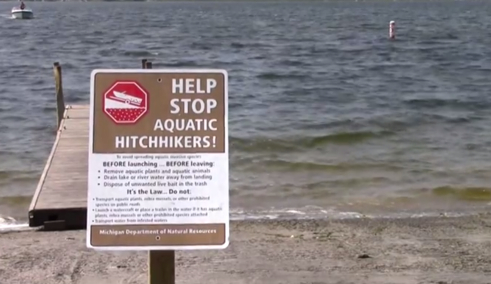 The best thing to note as concerns the state of Lake Erie is that the facts are not hid from the public. Signs are clear for all to see and they include the following:

Due to the fertile soil around Lake Erie, there are heightened farming practices that have definitely affected the lake and therefore something needs to be done. This will help in saving the lake as it is a major source of fresh water for the residents of Ohio State municipalities around it.

Of all forms of the different forms of water pollutants, Microcystis in Lake Erie has been the main headache to those concerned with the wellbeing of the Lake. It was found that the Microcystis blooms had a very high presence in the lake between the period of 2003 and 2006, particularly in summer.

Of great concern is that the Microcystis is pitiable rations for the little foraging aquatic arthropods or zooplankton which are a good source of food for the larval fish. Some of the components found in the Microcystins are known to be lethal when ingested by animals since they cause serious damages to the liver.

In addition, research has found out that the release of nutrients by zebra mussels and their selective feeding habit has also contributed to the rise in Microcystis levels. In 2002, it was discovered that the zebra mussels would reject and filter phytoplankton, something that helps to promote and sustain the Microcystis blooms. They would spit this alga back into the water while at the same time consuming other kinds of algae.

An excellent research project done by two students at Michigan State University and the Department of Fisheries and Wildlife have linked Zebra mussels to food web disruptions and blooms of microsystis, a blue-green algae with toxic properties.
Eurasian milfoil forms thick mats of vegetation at the water’s surface that block sunlight for native plants. Purple loosestrife and common reed spread quickly and crowd out existing vegetation, causing a decline in the diversity of native plants.Read the entire article here.

As the Microsystis are left without a competitor, they would blossom speedily and in large numbers and this is the reason why Lake Erie has witnessed such domination by this alga during the summer months. Furthermore, the metabolic and digestion processes see the zebra mussels release nutrients (ammonia and phosphate) which originate from phytoplankton they consume. 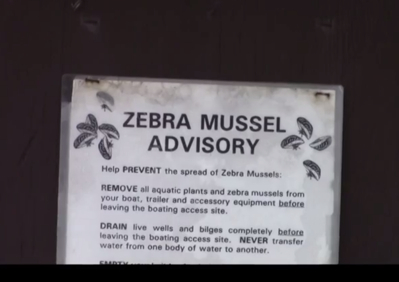 It is these nutrients that help in the fertilization of the Microcystis so that they can grow in large quantities abruptly. There has been an ongoing campaign supported by both the Canadian and the US governments to keep the levels of phosphorus down in order to curb the decline of Lake Erie. There are also other efforts which are aimed at checking the entry of exotic genus such as quagga and zebra mussels into the lake.

Other groups have also come in with the aim of conserving the lake and arrest the growth of this harmful alga in the lake. There is something that each person around this great water source, tourist attraction and fishing lake can do in order to contribute to its health.