Climate Change March In NY And How To Make a Local Difference. 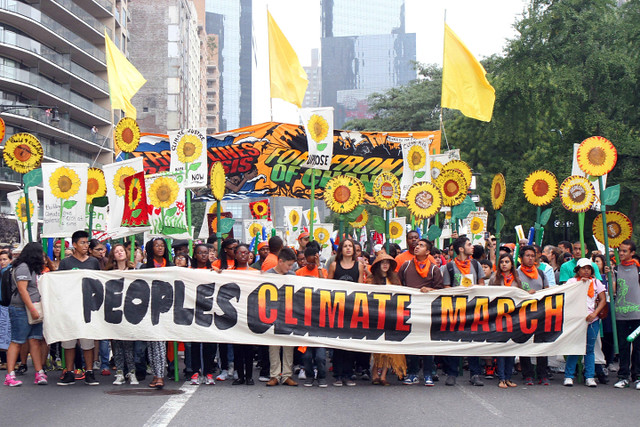 More on the NY March

On September 21, 2014 over 310,000 people gathered in the streets of New York City forming the largest Climate March the nation has ever seen. The People’s Climate March lined a 1.5 mile span from 61st Street to 96th Street along Manhattan’s Central Park West. The march brought color, excitement and passion to the streets of NYC in the form of costumes, posters, banners, flags, floats and drums all to support the saving of our planet. People from all over the country as well as the world came together to inspire change. This huge movement was an effort to bring attention and traction to serious climate concerns that were to be discussed by the United Nations the following Tuesday.

The primary goal of the climate march was to bring attention to the worldwide climate crisis. The march represented a part of Climate Week NYC, which is an annual event designed to bring people together to raise awareness of climate change. Dependence on fossil fuels and the climate impact of fracking representing significant issues the march sought to shed light on. However, the diverse population of march attendees held many of their own climate concerns. The march was planned in conjunction with the arrival of the United Nations General Assembly; seeking to demand the attention of the UN to serious climate issues.

The thousands of participants in the climate change march represented people from all over the place; the US as well as other countries including Bolivia, El Salvador and Indonesia. All attendees held their own reasons for marching; Bolivians protesting deforestation, Indonesians fearing flooding, New Yorkers concerned about pollution, and coal country residents who’ve been plagued with the long term effects of coal on air and water. Among the participants were former Vice President, Al Gore and actor Leonardo DiCaprio. The march was endorsed by over 1,100 organizations. While the participants remained diverse in their passions, all gathered for one common goal; to bring attention to the deterioration of our planet.

What did the Climate Change March Achieve?

The New York City Climate March was the first event of a series held around the world that all sought to bring people together in an effort to raise awareness of global warming and climate change. Similar marches were held in Montreal, London, Paris, Berlin and Brussels. All of this was strategically planned in coordination with the UN Summit in NYC where world leaders including President Obama were said to discuss initiatives and plans to limit global warming. The summit represented the first time in 5 years that world leaders came together to discuss climate change.

While there may not be an immediate response to the Climate Change March, the event gained tons of media coverage. This coverage promotes awareness and education to the general public about the dangers of climate change. Another aspect to consider is the significant numbers of participants. If over 300,000 individuals go home and start promoting climate change initiatives, change is bound to happen. This march is the first ever of its kind and participation far exceeded the expectations of march organizers. 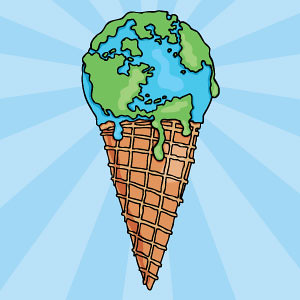 What Can We Do Locally?

If you know nothing about climate change, seek to educate yourself. Our planet is deteriorating at a rapid rate, mostly due to the ignorant behavior of humans. Over use of fossil fuels and fracking serve as two enormous issues that are having a profoundly negative effect on the climate. Unfortunately, the general public is largely uneducated about these two issues.

Raise awareness of climate change in your local community.

Educate people about what is going on and encourage them to get on board. There is a lot to be said for even a little action. Start cleaning up and recycling. Create a project on Creeklife. Show your community how climate change may impact them; whether it be an over growth of an insect that has flourished in a warming environment, or earth quakes that are the result of fracking.

Ultimately, climate change is going to affect everyone at one point or another. You can inspire people using some of the catchy slogans that make people think. For example, “There is no planet B”. This phrase was plastered on floats, posters, and shirts at the People’s Climate March as it really inspires the general public to think about what is being destroyed. There is no alternative to our planet, once it’s gone, it’s gone. Help people recognize this issue, and work to make the environment a priority in your community.