California is facing a severe, historic drought. Senators Holly Mitchell and Mark Leno decided to respond by going on the offensive. Senator Mitchell and Senator Leno have introduced legislation that will place a moratorium on fracking in California. This would stop hydraulic fracturing in California counties until a comprehensive report on the economic, human health, and environmental impacts of fracking are released through an independent and multi-agency review. Current California law does not regulate fracking, making the bill a monumental shift toward greater environmental protection in California.

Fracking contributes to air and water pollution. The process involves more than 750 chemicals, 29 of them known to be harmful to human health. These harmful chemicals include methanol, benzene, and trimethylbenzene, which are linked to respiratory and neurological issues, as well as cancer. A study by the Colorado Public School of Health also found that birth defects are more common among mothers who live near fracked wells. Furthermore, the byproducts potentially go on to pollute streams, aquifers, and creeks, expanding the risk into other areas as the water travels. Fracking releases huge quantities of methane, a greenhouse gas that exacerbates climate change, and has a probable relationship to increasing drought conditions. Large amounts of water go toward the process, threatening water reserves in the state, and this water becomes too dirty to be reintroduced into the hydrologic cycle. 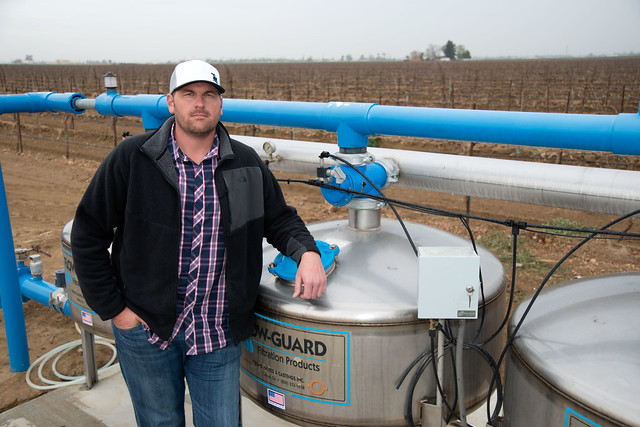 US Department of Agriculture: “Michael Vandborg stands in front his drought stricken vineyard in the Lamont farming community in southeastern Joaquin Valley in Kern County, CA on Feb. 26, 2014.”

There have been at least 10 documented accounts of fracking in the state, and hundreds more incidents occurring offshore along the California coast line. Although fracking is known to have environmental impacts, it continues to spread in popularity, threatening the health of ecosystems, water resources and air quality, which all contribute to the increase of climate change. State legislation, supported by community action, can help end the use of fracking and curb its impact on the environment.