Four decades ago, Lake Erie was found to be contaminated with phosphorous materials. At the time, the waste water treatment plants serving the large cities like Cleveland, Detroit were responsible for the discharge of phosphorous substances in the water. Several measures taken to cut the phosphorous pollution in the watershed proved to be successful as the amount of phosphorous decreased in the following decades, and the blue-green algae disappeared from the Lake. 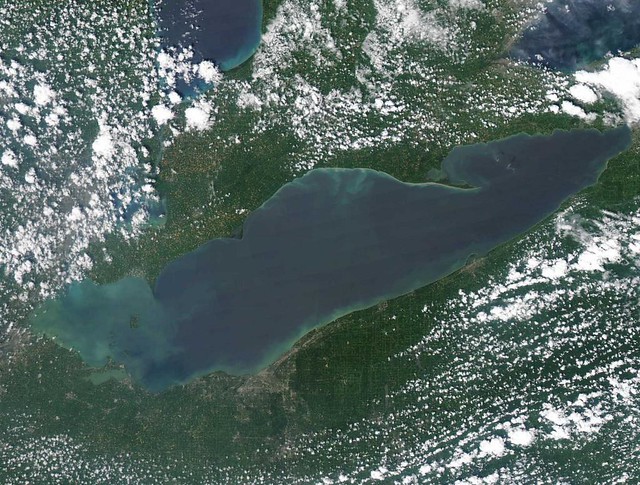 This time round, the main culprit behind phosphorous pollution is the agricultural fields and the local gardens, nurseries etc. These agricultural fields, nurseries, and gardens use phosphorus containing fertilizers and insecticides. These chemicals contaminate the soil and get washed off during rain and storms and get deposited in Lake Erie. The storms wash away the surface of the soil and deposit the contaminants in the water of the watersheds.

The dead zone is increasing with the growth of blue-green algae as it does not permit the aquatic ecosystem to sustain its existence without dissolved oxygen. The blue-green algae cannot be removed even by boiling the water. Thus, it is a real threat for the Lake; not only for the ecosystem, but the ingestion of blue-green algae injurious for the human being also.